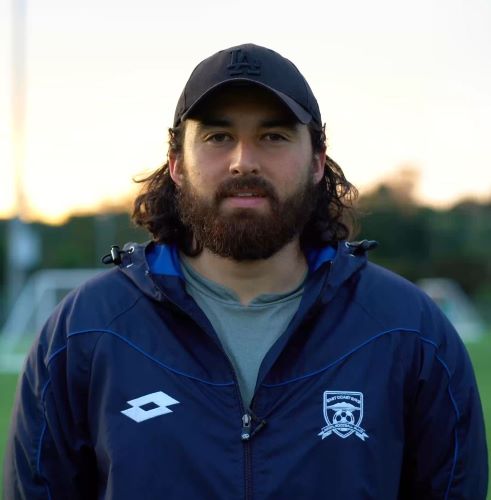 Today we want to let you know that we will be saying ‘farewell’ to our Football Development Officer, Future Bays head coach and Men’s First team assistant coach, Nathan Cranney. Nathan has accepted a role as the Director of Football at another club, which is a great opportunity for him. While we are disappointed to be losing him, we are pleased to see Nathan’s work opening further opportunities for him, and we wish him all the very best in his new role.

Nathan will continue in his role at ECB for the remainder of 2022, finishing in late December. In the coming weeks we are looking forward to announcing our football development team for 2023, with some great new additions to the team at East Coast Bays.

As we farewell Nathan, we’d like to share a message from Nathan to the club, as well as some statements thanking Nathan for his time at East Coast Bays.

"It is with a heavy heart that I will be finishing my time at East Coast Bays. In the past 3 and a half years I’ve had the pleasure to work with so many awesome people, a massive thanks to all the board members, volunteers, parents, staff and players that have made it so special.

During my time at bays the club has grown from strength to strength and across our juniors, youth and seniors, it seems like the club is more connected than ever. Accolades such as accreditation for skill centre and talent development programs and players being selected for NZ football talent centres and camps are reward for the amazing work being done at East Coast Bays. A highlight for myself has been seeing our young players in the junior and youth accelerating through their individual pathways and standing out as top players and top kids throughout the grades.

A special mention to those who represented and supported our men’s teams, it has been a fantastic few years working with the players and seeing them bring back a true East Coast Bays spirit and style of play that the whole club can be proud of… a testament to their hard work and dedication. I’m looking forward to seeing you guys smash it in 2023! Blue wave rising!"

“Nathan has been instrumental in the development of the Talent Development Program at East Coast Bays and the development of youth players through the club. Nathan has shown immense care and commitment to the club over his time here, going above and beyond to help players develop towards their goals. It’s been a pleasure to work with him directly in our Future Bays and First Team programs”.

As a board, we would like to thank Nathan for his leadership, commitment to the club and mentoring of our players and coaches. Nathan is a very popular figure around the club and will be greatly missed, we wish him all the very best in his new position. Nathan has been at ECB coaching across a variety of age groups, more recently the U17 TDP team as well as assisting with many other junior and youth teams. Nathan has also been the U23 head coach and assistant coach for the First Team for 3 years.

Nathan has always shown how much he cares about the young players at ECB by spending time outside his coaching roles to help teams and in particular individual players who are wanting to improve. His passion, skill and support of our young players will be sorely missed by many, especially the players who love him as a coach.

We wish Nathan every success in his new role and future endeavours.